The HR world is fast-paced and ever-changing. We can help you stay informed on the latest HR industry insights, news, and tips—straight from the pros at Netchex!

Company culture is an X-factor that can either erode morale and employee engagement or multiply productivity and positively grow your business. A key component of company culture is performance management. You can monitor individual outputs and set goals, but even conservative efforts to improve productivity can cause a backlash when the culture behind it isn’t […]

While the past couple of months can be described as anything but normal, consistency from year-to-year has always played a major role in the development and growth of Netchex. That high-level consistency and success were recently reaffirmed as Netchex was once again named a New Orleans-area Top Workplace for 2020 by The Times-Picayune | The […] In a landmark ruling handed down earlier this week, the Supreme Court of the United States has ruled that employers may not discriminate based on sexual orientation or gender identity in employment. In a 6-3 decision, the court ruled that federal workplace laws prohibit employers from firing gay, lesbian, and transgender workers. This decision to […]

Unemployment Insurance Fraud: How to Protect Your Company and Employees

While many tech companies employ safeguards around clients’ data, protecting this data is a shared responsibility. Reviewing and sharing resources (such as this article) with your organization are great ways to help ensure you are doing everything you can to protect your data. Working together to protect data is the only way to truly keep […] 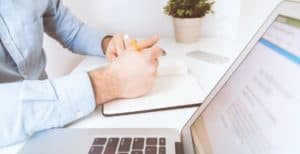 Finding the Right Performance Management System and Implementing It Effectively

Performance reviews are a crucial way for employers to assess their employees, uncover strengths and weaknesses, and implement positive change. For employees, reviews are a great opportunity to self-evaluate, show importance and worth, and to learn where they stand as part of the team and with the company as a whole. While there are many […] Minimizing the Loneliness and Burnout Associated with Long-Term Remote Work

Remote work has been on a slow and steady rise in recent years, but the recent pandemic pushed the movement to the forefront of workplace conversations and forced the hand of previously resistant CEOs everywhere. The question has now shifted from is remote work doable to how to make it sustainable. Employees appreciate the freedom […] Companies that have sent staff to work from home as a temporary measure may find unexpected benefits in having a long-term remote work plan. In the past, a remote workforce was a frightening proposition for most companies filled with fears of lower productivity, collaboration, and quality. But as the past several weeks have proven, a […] Paycheck Protection Program: How to Ensure Your Business is Eligible for Loan Forgiveness

Part of the CARES Act passed in March (and then replenished a month later), the Paycheck Protection Program (PPP) is a loan program for small businesses designed to provide a direct incentive for keeping their workers on the payroll. Administered by the Small Business Administration (SBA), these are loans are available through approved lenders and […] Below is an abridged version of an email Netchex CEO Will Boudreaux sent internally to all Netchex employees. We are now sharing it publicly because we think it is important to use our platform to spread support and ensure our community knows where we stand as a company. “Last night, I had 4 hours of […] Back to Business: Anticipating and Addressing Your Employees’ Return to Work Concerns

According to a recent survey, 9 out of 10 employees are concerned about COVID-19. Many expressed specific concerns about returning to work amidst the pandemic, including health and safety, job security, and changing workplace culture. Company leaders and HR must be aware of these concerns and address them accordingly as back-to-work plans are developed and […]

Performance reviews might seem simple and self-explanatory at first, but they require careful preparation beforehand and detailed analysis afterward. Team leaders might feel they know which employees are doing better than others (and they’re usually correct), but it would be dangerous to improvise reviews without objective performance metrics to guide the discussion. When performance management […] Employee reviews are essential for improving the efficiency of teams and departments across the company. It’s easy to find tips for conducting employee reviews in the office (including the one we just wrote), but how should the process be adjusted when employees and management are working remotely? If your teams have recently adjusted to remote […]